Eliza Garnsey is a British Academy Postdoctoral Fellow in International Relations at the University of Cambridge and a Junior Research Fellow at Wolfson College Cambridge. She is currently an Honorary Associate at the Centre for International Security Studies at the University of Sydney and a Visiting Fellow at the Centre for Law, Arts and the Humanities at the Australian National University. Eliza’s research focuses on art and visual culture in international relations and world politics, particularly in relation to human rights, transitional justice, and conflict. Her book, The Justice of Visual Art: Creative State-Building in Times of Political Transition, has recently been published by Cambridge University Press. 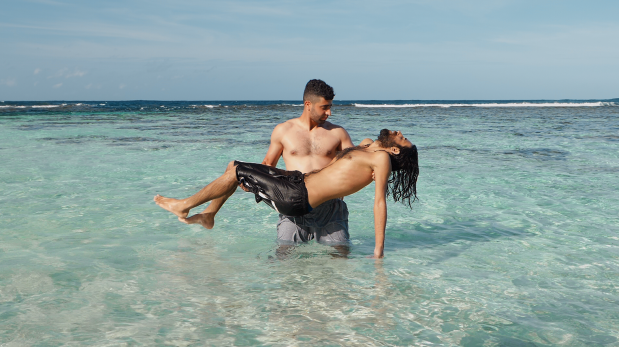 Thinking about artistic representation as a form of political representation enables a better understanding of what can be seen and said, who has the ability to see it and say it, and how it is possible to know and do politics in different ways (Garnsey 2019:18). In the case of Australia’s immigration system, this understanding is critical.

Australia’s treatment of people seeking asylum and refugees is widely criticised by the international community as violating international human rights and humanitarian laws and norms (see Committee on the Elimination of Discrimination Against Women 2018). Two key policies are most often condemned: the mandatory detention of all people seeking asylum and the offshore processing of asylum seekers who arrive by boat. These policies deprive people of the right to fair and efficient asylum procedures. They also subject people to prolonged and, in some cases indefinite, detention; restrict access to social, educational, and health services; separate families; and, expose people to a range of physical and psychological abuse (see Refugee Council of Australia and Amnesty International 2018).

Despite the international condemnation of Australia’s immigration policies and practices, and despite damming reports from the Australian Senate (Legal and Constitutional Affairs References Committee 2017) and campaigns from civil society organisations (see Human Rights Watch 2018), mandatory detention and offshore processing continue to be implemented and endorsed by successive Australian governments.

The policies and practices surrounding refugees and asylum seekers in Australia not only render their stories largely invisible but continue to perpetrate harm and suffering which goes unaddressed. Access to detention centres and information about the conditions under which people are detained is highly restricted by the Australian Government, creating a climate of “oppressive secrecy” (Legal and Constitutional Affairs References Committee 2017:9). Information and reports of abuse surface only as a result of irregular leaks or media discovery. Interviews with refugees and people seeking asylum conducted by civil society organisations tend to focus on specific incidences, limiting the possibility for people to share the range of their experiences. When these accounts appear in the media, people are often dehumanised and described as statistics, which both contribute to reductive stereotypes about refugees and fuels political debates over border security. As a consequdeence, the majority of the Australian population are neither aware of, nor necessarily comprehend, the dire human consequences of the state’s immigration policies, with many reporting a lack of agency to effect change (Reilly, Appleby, and Laforgia 2014). The state and its citizens are complicit, both explicitly and tacitly, in the abuse of refugees and people seeking asylum in offshore detention centres.

In the absence of state protection, artistic representation becomes an important intervention into the practices and narratives surrounding Australia’s treatment of refugees and asylum seekers. Hoda Afshar’s video artwork Remain (2018) (Figures 1 and 2) is a case in point. Remain documents the experiences and struggles of a group of stateless men who have been left to languish on Manus Island, Papua New Guinea, after the Australian government closed its Manus Regional Processing Centre in 2017.

The closure of the centre occurred largely as a result of political pressure after the Papua New Guinea Supreme Court ruled that the “processing” (detaining) of refugees and asylum seekers in Australian-funded immigration centres was unconstitutional and illegal because this detention restricted the rights, freedoms, and dignity of people in the centre (see Tepu 2016; Tlozek 2016). The Manus detention centre had been the longstanding site of physical and psychological abuse, including inhumane living conditions and violence against the detained men (Legal and Constitutional Affairs References Committee 2017:5–9; Mohamed 2018). After its closure, many of the men were forcibly removed to “transit centres” (detention centres by another name), where they still remain, trapped in enduring limbo. Physically absent from Australian territory these men continue to be subjected to the state’s punitive immigration system; mistreatment which is prolonged and compounded by obfuscated state responsibility and diplomatic power struggles.

Through staged images, words and poetry, Remain documents the men’s individual and shared stories about violence, hopelessness, suicide, and murder on Manus Island as well as their dreams of freedom (Afshar 2018); drawing attention to the “ramifications of national policy on the human rights of the individual” (University of Queensland Art Museum 2019). Shamindan Kanapadhi, a Sri Lankan Tamil refugee who has been detained on the island for almost five years, describes in the artwork the desperation he has witnessed; how “people have swallowed [razor] blades, drunk shampoo and washing powder” and died of suicide. Kanapadhi’s stark words disrupt the hyper-serenity of the lush green tropical vegetation against which he stands; vegetation which is described elsewhere in Remain as a “green hell”. The contrasts continue as clear blue water laps at a seemingly lifeless body (Figure 1), reminiscent of a pietà, haunting in its lamentation of human vulnerability. In another scene (Figure 2), sand slips through the hands of Behrouz Boochani—a Kurdish–Iranian author who has been detained on Manus Island for five years—emphasising a sense of futility and the desolation of the men’s predicament.

Afshar (in Jefferson 2019) describes Remain as a process of “staged documentary”, where she works with “real people in real spaces, allowing them to re-enact their narratives with their own bodies and giving them autonomy to narrate their own stories”. The co-authorship of Remain provides an opportunity for these men to communicate the range and impact of their experiences in an alternative form outside the legal and bureaucratic frameworks of detention; drawing on art as a mode of activism (see Rush and Simić 2014); as a way of opening up new spaces of discussion (something which is advocated for by Boochani) (Zable 2019); and, also as an established method for the articulation of trauma (see Bennett 2005).

Remain enables the men’s claims for freedom—both from detention and harm—to be made and received. It takes on heightened importance that this form of political representation occurs inside Australia. The exhibition of Remain within the country not only emphasises the absence of these men from Australian territory but helps to insert and circulate the human cost of mandatory detention and offshore processing into the nation’s political imagination.[2]

The artwork provides an opportunity for the Australian population, civil society, and government most especially; to better understand the experiences of the men on Manus Island and the harm enacted by, and which results from mandatory detention and offshore processing. The hope is that the artwork might also spur the government to address and repair the trauma resulting from the legal and bureaucratic frameworks imposed on these men (as well as people detained in other centres), and ultimately to effect change to Australia’s immigration system in alternative and meaningful ways. For it remains the responsibility of all who view the artwork not to look away any longer.

Acknowledgements
The author thanks Hoda Afshar for permission to include stills from Remain in this piece. Many thanks to Jill Bennett and Andrea Durbach for their comments on parts of an early iteration of this piece. The author also thanks J.P. Singh and Evangelos Chrysagis for their feedback on this piece.

This piece draws on ideas published in Eliza Garnsey (2019) On Representation(s): Art, Violence, and the Political Imaginary of South Africa. Critical Review of International Social and Political Philosophy, 22/5:598-617, by permission of Taylor & Francis.

[2] For instance, the video work Remain has been exhibited at the Museum of Contemporary Art and at the University of Queensland Art Museum.

Committee on the Elimination of Discrimination Against Women. (2018) Concluding Observations on the Eighth Periodic Report of Australia. United Nations 18-12313: 1–19.

Legal and Constitutional Affairs References Committee. (2017) Report: Serious Allegations of Abuse, Self-Harm and Neglect of Asylum Seekers in Relation to the Nauru Regional Processing Centre, and any like Allegations in Relation to the Manus Regional Processing Centre, The Senate. <https://www.aph.gov.au/parliamentary_business/committees/senate/legal_and_constitutional_affairs/nauruandmanusrpcs/report> (Accessed 1 October 2019).

Mohamed, Charmain. (2018) The Bravery of those who Speak out from Manus Island will go Down in History. Amnesty International. <https://www.amnesty.org/en/latest/news/2018/11/the-bravery-of-those-who-speak-out-from-manus-island-will-go-down-in-history/> (Accessed 1 October 2019).

Refugee Council of Australia and Amnesty International. (2018) Until When? The Forgotten Men on Manus Island. <https://www.refugeecouncil.org.au/manus-island-report/> (Accessed 1 September 2019).