J.P. Singh is Professor of International Commerce and Policy at the Schar School of Policy and Government, George Mason University.  From 2016-18, he was Chair and Professor of Culture and Political Economy, and Director of the Institute for International Cultural Relations (IICR) at the University of Edinburgh.

Professor Singh has authored five monographs, edited four books, and published dozens of scholarly articles.  Many of these books and articles are on international trade and development, national and international cultural policies, and international negotiations and diplomacy. His single authored books include Sweet Talk:  Paternalism and Collective Action in North-South Trade Negotiations (Stanford 2017), Negotiating the Global Information Economy (Cambridge 2008) and Globalized Arts: The Entertainment Economy and Cultural Identity (Columbia, 2011), which won the American Political Science Association’s award for best book in information technology and politics in 2012.  Edited volumes include Science, Technology, Art and International Relations (Routledge 2019) and Globalization, Culture and Development (Palgrave 2015).  He was guest editor of a special Issue on “Emerging Powers and the WTO” for the journal International Negotiation (June 2016). His current book project is Development 2.0:  How Technologies Can Foster Inclusivity in the Developing World (Oxford, forthcoming).

Professor Singh has advised the World Bank and the World Trade Organization for trade and international development, and the British Council and UNESCO on international cultural policies.  He has played a leadership role in several professional organizations, and served as Editor from 2006-09 and dramatically increased the impact of Review of Policy Research, the journal specializing in the politics and policy of science and technology. At the International Studies Association, he has chaired three different sections: International Communication. International Political Economy, and Science, Technology, Art and International Relations (STAIR). Professor Singh currently edits and founded the journal Arts and International Affairs, and also edits Stanford’s book series on Emerging Frontiers in the Global Economy.

He holds a Ph.D. in Political Economy and Public Policy from the University of Southern California. 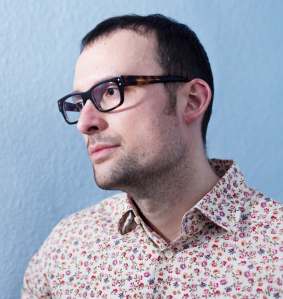 Evangelos Chrysagis works at the crossroads of anthropology and cultural production, studying music and art initiatives in the UK since 2005. He holds a PhD in social anthropology from the University of Edinburgh, and his doctoral research explored the intersection of ‘Do-it-Yourself’ (DiY) music practices and ethics in Glasgow.

Evangelos is currently developing a research project on manifestos in contemporary cultural production. In July 2019, he organised a relevant 2-day panel for the London Conference in Critical Thought at Goldsmiths, while a book chapter that charts the relationship between manifestos, DiY music and the cultural industries is forthcoming in 2020.

Evangelos is editor of Collaborative Intimacies in Music and Dance: Anthropologies of Sound and Movement (Berghahn 2017), a book that examines music and dance from a cross-cultural perspective. His latest publication is an article for the Journal of Cultural Economy, as part of a Special Issue he is editing, tentatively entitled ‘Crafting Values: Economies, Ethics and Aesthetics of Artistic Valuation’.